Singapore is so perfect that there is nothing left to improve. I prefer Jakarta’s chaos, where so many things are still to be built.

Wisnu is one of the humblest of our visionaries. During our conversation, he never mentioned that he just raised $5 million or that his tools were used by 850,000 workers across Indonesia. Wisnu doesn’t care about impressive numbers; he simply wants to create a positive impact around him. The calm and optimistic energy surrounding him is magical and made us forget all our everyday life concerns.

Wisnu is the CEO and co-founder of Sampingan, the workforce management platform bringing equal opportunities to Indonesian blue-collar workers. Before that, he was heading operations for the lifestyle services at Gojek, Indonesia’s first Unicorn and Decacorn. Despite his young age of 27, he is on a mission of making the world a better place, a mission he is set to achieve.

At Venture Insider, we strive to undress the ups and downs, the late nights, the early mornings, the failures and the victories.

I didn’t have any dreams related to a specific profession, but I’ve always had a goal of making a lasting impact in Indonesia.

Jakarta itself is perfectly imperfect. There’s never a calm day in the city. Today, we would have massive floods, with road closures, and tomorrow, the streets would be filled with people protesting. There’s always change, that’s what I love about the city.

Indonesians are great people. And, to be honest, as we are the fourth largest population in the world, there are always tons of opportunities here. Nonetheless, economically speaking, we are still far away from where we should be, and that is something I have always wanted to change.

Overall, my parents did a great job of showing me around and exposing me to different people and different environments within Indonesia. I also got to know the people who are on the sidelines, the ones who form the core of the economy. This played an important role in my life later on.

What were your passions at university?

I hated going to school. We were rewarded to memorize, not to understand. I always wondered why we were taught that way, it didn’t make sense to me. I did the bare minimum to have my parents off my back.

What I really enjoyed at university, however, was meeting people from different backgrounds. I went to a public institution, so it was an extremely diverse environment. At that time, I realized that there was a massive gap between communities in Indonesia. It was the trigger. I knew that I needed to do something about these disparities. It was just a matter of time.

How was it to start working at Gojek?

It was not as glamorous as you may think! (Laughs).

When I joined, there were barely 50 people in the company. It was far from the big organization that it is today. We worked from a small house where the AC would most of the time not be functioning. It felt like working at a sweatshop. If you have been to Southeast Asia, you know that working without AC is almost impossible.

However, we grew the company to become Indonesia’s first unicorn, and that was extremely fulfilling. It meant that what we were doing was meaningful.

After more than three years at Gojek, I felt the need to go back to my original goal: having a local impact. I felt I had done my part at Gojek. I knew I could make a dent in the world by starting my own company.

What are the lessons you take from growing a 50-people company to a Unicorn?

The first one is that you should start by creating a hacky MVP and validating the solution before building a full-fledged product.

Secondly, when hiring, look for traits, not experience. It’s crucial to identify which personal characteristics are needed for each role at each stage.

I decided to move to Singapore to join Antler as part of their first cohort there. What attracted me to Antler was the program itself, which looked interesting, but most importantly the network.

Coming off my first job, at 24, I had a limited network. I didn’t know anyone to get advice from regarding how to grow a company or raise money. This program was perfect for people like me, who wanted to start a venture but needed some tools to do so.

Antler has a massive network of advisors, and also great co-founders! We became some sort of grand family, with everyone supporting each other. It was much easier to go through the highs and lows of entrepreneurship, I wasn’t alone.

Fun fact: Sampingan is the first company that Antler invested in!

Why not stay in Singapore? It’s the Mecca of entrepreneurship after all, right?

Singapore is great. Everything is well thought, especially when you come from Jakarta. But, it wasn’t for me.

First, it’s so expensive! I didn’t have much money, so I lived out of a hostel during the whole program. Second, everything is perfect in Singapore, literally perfect. So, what do you want to improve? How do you want to have a long-lasting local impact if everything is already perfect?

During my time at Antler, whenever I got the chance to go back home, I would, just to feel Jakarta’s chaos, you know?

Lastly, I wanted to stick to my principles. I got a few offers in comfortable positions, where I would have earned a lot of money, compared to what I could get in Indonesia, but it would have just been another job. Going to Singapore would have meant leaving Indonesia behind, with the multitude of challenges and opportunities that were going to arise. I didn’t want to miss that. I knew something really big would come, it was just a matter of time.

As a kid, growing up, my parents did a great job of exposing me to people from different backgrounds, even the ones on the sidelines. Already back then, I was struck by how little was built for these workers. Later on, at Gojek, I became in charge of operations, and as we were scaling exponentially, scaling up to 50 cities in a month, we needed a lot of manpower to help recruit drivers. We would thus be working with staffing and outsourcing agencies.

The problem we had with these agencies was three-fold: speed, quality and transparency. Every week, we would have a massive turnover. Whenever I would ask these agencies to explain why they would always blame the workers. I didn’t believe it.

On the weekend, I would pretend to be one of those workers, hang out with them, and try to learn as much as possible from their situation.

I found out that the reason why workers were never staying with us was that these agencies were not paying them the amount that we would agree upon, workers would only get 60–70% of the initially promised wage. This was a generalized problem across all the agencies that we would work with.

The reason why those agencies are taking such a large amount of the workers’ wage is because of the inefficiency existing in the current processes. Everything is still done manually in this industry, which hasn’t evolved in 40 years.

With technology, all those processes can be automated, and that’s where Sampingan comes into play! We are bringing opportunities to blue-collar workers by streamlining HR processes.

Bringing equal opportunities to workers across Indonesia has always been a dream of mine.

How were those early days?

Before building the product, we found the customers. We were selling our services to employers, without any working product, it was simply workforce management out of Google Sheets, Google Forms and WhatsApp. We believed that the best form of validation from our customers was to get revenues from customers. The rest is just improvement that can come at a later stage.

How do you define success?

Success is defined differently by each individual and is often shaped by the environment and society.

Personally, success means leaving a positive impact to the people in need all around me.

If you could change one thing in your journey, something for which you now have regret, what would it be?

I wouldn’t change anything. I don’t think that I’d be where I am today without all the failures in the journey,

We were planning on raising our Series A in the second quarter of 2020, but, as you all know, COVID hit.

We had to readjust. We ran some models, did massive pay cuts as well but there was no way we could go around it: we had to let a significant number of people go. This was extremely hard.

These people had been with us since day one. These are the people from Gojek that I personally convinced to join. They are my friends, we have strong bonds with each other.

We made a commitment: we gave them two months of salary and within that period of time, we promised to find a better paying job outside of the company to every single employee that was going to be laid off.

I personally wrote some of their CVs, connected them with people I knew were hiring, and even did some mock-up interviews with them! I’m very proud to say that they all found a better-paying job, so this was a win-win situation for everyone.

They still evangelize for us and drop by the office from time to time. Some even became our customers!

What would you do if you’d only have 30 days to live?

I would spend them with my family and close friends in Bali. I would also make sure that Sampingan is in good hands.

I’ve always looked up to my father. We never had a discussion about business or leadership, but I’ve always admired how he responds to difficulties and adversity.

If you were to start a company today, what is your one-billion Idea?

I would be doing something with NFTs. I believe that NFTs will change how we look at art and digital assets. We are still in the super early days, so it’s super expensive, but everything is still to be built! 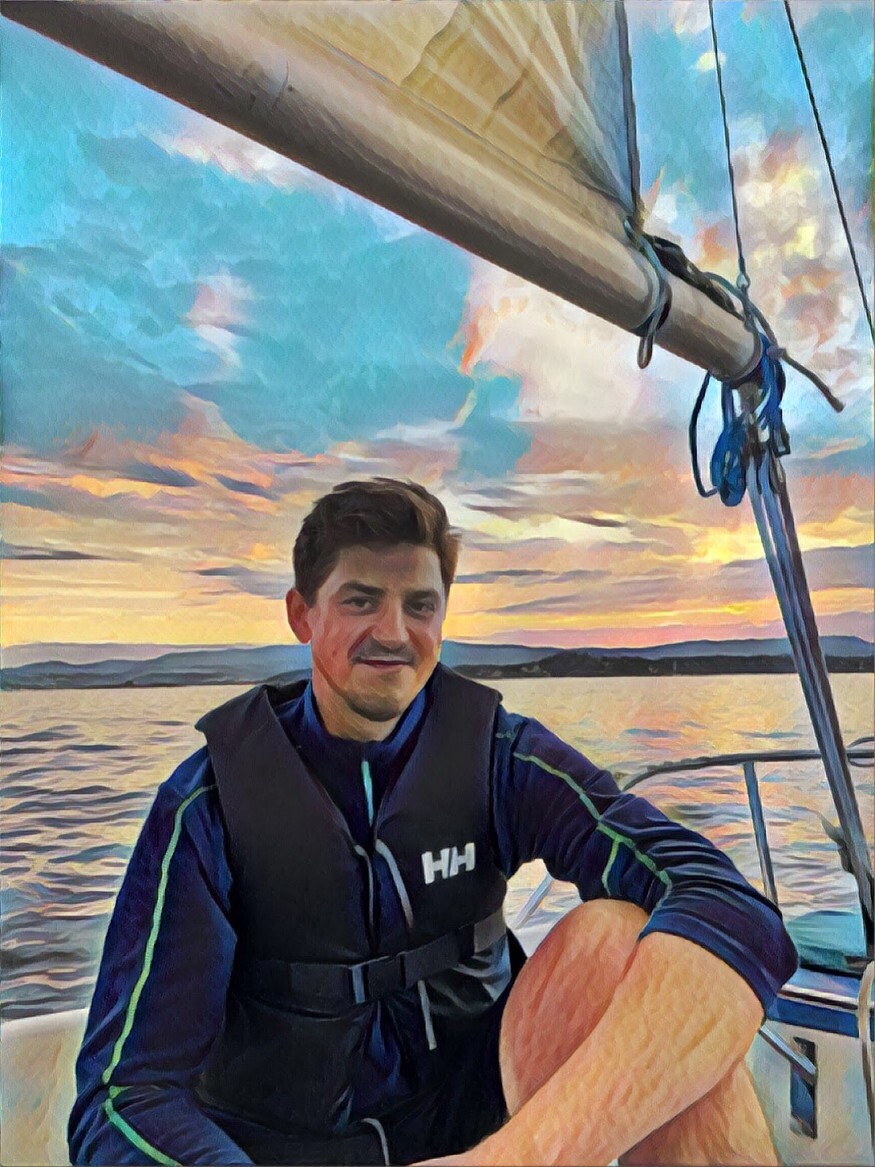 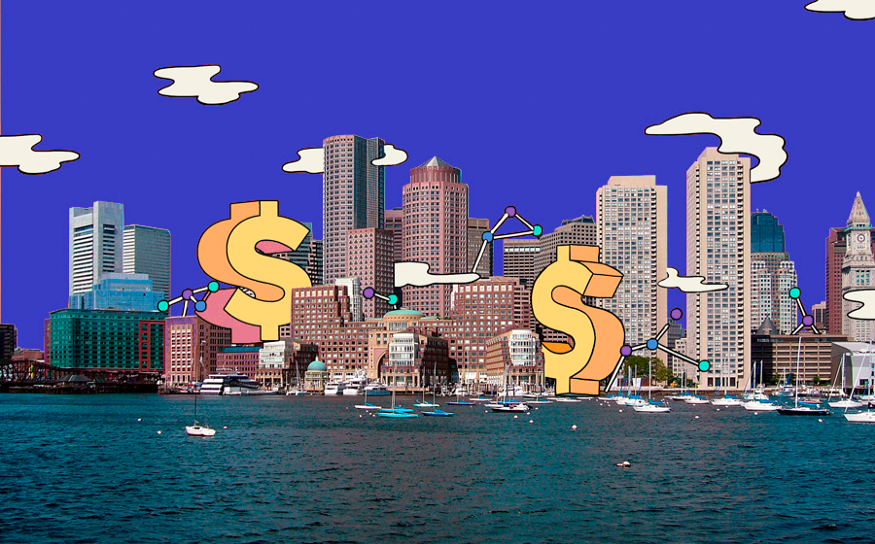 Introducing Venture Insider- Our Big Why. 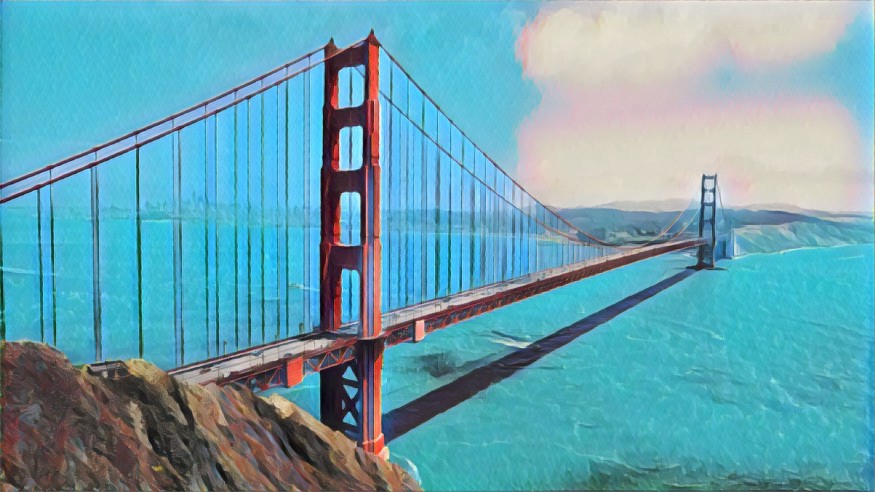