Speaking with Paulius was an easy ride, and felt like the outcome of his story couldn’t have been any different. Don’t get us wrong, it wasn’t something all of us can achieve, but the way he presented it made it feel easy. From leaving Lithuania to settling down in Norway and launching a fast-growing start-up, you’re on for a heck of a ride!

Paulius is the co-founder and CEO of Speiz, the Airbnb of warehouses and logistic spaces. Before that, he co-founded Crovento, a crowdfunding platform that enables organizers to validate demand and get a budget upfront in a risk-free way. Paulius holds a Double Master’s Degree from BI Norwegian Business School in Strategic Marketing Management. To live up to the Lithuanian cliché, he’s an avid basketball player.

At Venture Insider, we strive to undress the ups and downs, the late nights, the early mornings, the failures and the victories.

Unlike other kids who wanted to become an astronaut or a policeman, I didn’t have just one dream, but I knew that I wanted to do something creative.

In my family, music always played a significant role. My father used to be a musician, so, naturally, I got interested in music. Importantly, I grew up surrounded by entrepreneurs. Coming from Lithuania, I was born right before our independence from the USSR. Our economy being at its beginnings, we could not count on the state’s help. We didn’t have any other choice than to start multiple businesses, just to survive.

Having seen my parents juggling with all their companies for years, I can safely say that my dream has always been to start my own venture, bridging creativity and financial success.

Were you able to execute this dream at such a young age?

Fun story, I started selling second-hand smartphones, before smartphones became popular. I was buying them in a neighboring city, and reselling them with a profit at school. It wasn’t that easy (laughing). I had to find older students to drive me around to collect the phones, and most importantly, I had to find the appropriate segment of customers: students not too young but not too old either. This was my first touch at what became my true passion: entrepreneurship.

Did any of this change when you got to university?

Highschool could be summarized with basketball, selling phones, and having fun. University was different.

I probably wasn’t the most disciplined, but I knew what I wanted. I had my goals and I was always trying to reach them. I wanted to access a double degree with a prestigious Norwegian business school, but there were only 2 spots available for the whole cohort. I, therefore, had to strategize and focus on certain classes more than on others. I wasn’t killing every class, but, with my strategy and objectives in mind, me and my girlfriend (now wife) were able to get the only two spots for the double degree.

This didn’t stop me from experimenting on the side with different ideas. Many of them just failed, but it’s all about learning. We opened an internet radio station, which was not a big success, but it was so much fun!

How was the transition to Norway?

Coming to Norway was a breaking point in my life. I had a stable life in Lithuania, with a good job and everything settled down.

I always need to be challenged, and that’s why moving abroad and discovering an international environment made sense.

To be very honest with you, the first year was hard. I had to study during the evenings and work during the days. In addition, I was still involved in some business back in Lithuania. Dropping a job at home and becoming a student in a foreign country is disruptive. The future becomes less certain and you wonder what’s going to happen next. I was also missing my family, friends, and my entire network in Lithuania.

When I moved to Norway, it was very clear that nobody cared about me. I didn’t know anyone. I had to start from scratch. It was tempting to go back home and take the easy life where I left it, but I didn’t do it. I kept moving forward and took this opportunity to experience something more.

Do you like starting from scratch and playing with uncertainty?

This is exactly why I’m involved in startups. You always have to experiment and assume that you know very little. You cannot take anything for granted.

You just need to go and try. Most of the time, you’ll fail, but that’s fine. It’s all about learning.

What’s the biggest learning you got from living in Norway?

I understood the meaning of work-life balance. It’s a great thing, and it doesn’t mean you need to stop working at 5 pm.

The way I understand it is that in order to grow and learn, you need to find your inner balance. It’s not about how many hours you work, it’s about whether you have this balance inside of you. You should enjoy your free time as much as your professional life. That’s what I have learned from my friends and colleagues.

How was your experience with Antler?

It’s not the first time I get this question, and it’s a good question because there are so many other accelerators.

When I heard about Antler, I did my due diligence and looked up the founding team and their advisors. I asked myself whether I wanted to be like them in 5 years. The answer was yes.

The program is high quality, it’s not a joke. I liked that they invest in people rather than ideas because, honestly, you never know about early-stage ideas. On the other hand, when you invest in people, you know that, if they have a founder mindset, they will never stop. They will keep going until they succeed.

So, the founding team and their approach of investing in people rather than ideas was a recipe for success!

How did Speiz start?

Let’s start from the beginnings. When I got a proposal from Antler, I started thinking about business problems. Back in Lithuania, my family has an agricultural business, with warehouses to store vegetables.

The issue is seasonality. When you’re growing crops, those storage units are completely empty. You then have pure sunk cost and lost revenues. Then, when you harvest, the space you need is never exactly what you projected. This was my family problem, but we found that it actually exists across many other industries, like commercial real estate development.  They have buildings standings empty for years before demolishing. All of those buildings can be used by other businesses for storage or operations. Why do we need to build new buildings? It makes no sense!

Buildings are static while supply and demand are fluctuating every single year. That’s a problem across all industries!

I brought this issue to Antler’s cohort because it has such a big potential. I know what I’m talking about; my family has been feeling this pain for the last 20 years.

I launched Speiz with Sondre Magnussen, the greatest co-founder I could have asked for. He’s more than 10 years of experience in real estate development and used to buy and renovate warehouses. He understood the problem right away.

What are you trying to solve?

We work as an intermediary between supply and demand. Demand for such buildings is massive, and it’s growing, while supply is completely untapped. Millions of square meters are just standing empty and unutilised.

So there is a clear match between supply and demand, but nothing is happening, why is that? Well, the answer is simple: there is a lack of structured and updated market data. Today, there is no data exchange platform to make matches; it’s like having separate islands.

We are the Airbnb of warehouses and logistic spaces.

What’s the thing you dislike the most about being the CEO of such a young startup?

Saying no to good ideas. It is the Founder’s responsibility to make sure that we stay laser-focused. When you’re an early-stage startup, you have just a few resources, few people, and some money. You need to keep your burn rate as low as possible to increase your runway.

When team members propose new ideas, they are generally good, but we cannot afford to try them all. So what I need to say is yeah, it’s a good idea, but, It's more about what we should not do, rather than do.

I also need to ensure that I do not demotivate people. I have to explain the reasons why we are not able to execute that idea yet. Most of the time, we will do it later, but not now, because we need to be focused on our strategy and on nothing else.

If you could change one thing in your journey, something you now have regret for, what would it be?

To be honest, I do not have any regrets. I made a lot of mistakes, big ones, but they all led to something bigger, something more important.

I wouldn’t change anything because I’m a happy person today. I have a wonderful family, a great company, an amazing co-founder, and a super team. I do what I love to do. I cannot ask for more.

You mentioned always wanting to look for the next experience to avoid getting too comfortable, when will this happen next?

I’m not a fanatic of extreme situations, and I don’t need to jump off a plane. What I like is the creativity brought up by a certain level of uncertainty.

So, I believe that it will happen multiple times in my life, but it does not mean that I need to move to New York or Singapore to get the most out of it. I’m open to doing that, but it’s not about the location, rather the journey.

My father. I’ve seen both my father and my mother going through all these struggles, and they just kept going. They stayed strong together as a family and never stopped moving forward. I found this very inspiring.

Only Paranoid Survive from Andrew Grove, the founder of Intel.

The one Billion Dollar Question: if you were 21 years old in 2021, what would you do?

I would first think about what I truly want. What do I want to become? What are my long-term goals?

I would suggest to actually raise this question very honestly and talk with yourself about it. This will allow you to avoid getting lost in pursuing X or Y while your goal is Z.

Keep in mind that everything is possible. Literally.

You can achieve so many things, but you need to know what you want to do. And then, but only then, will you be happy. 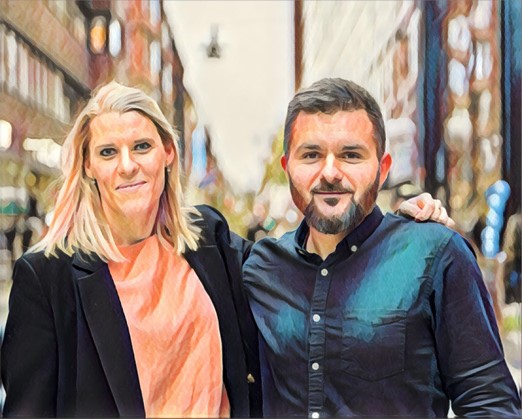 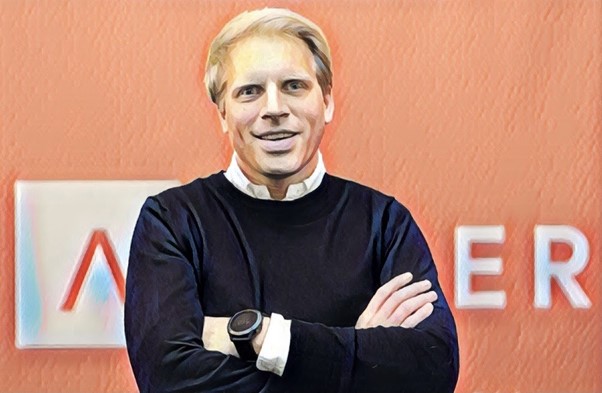 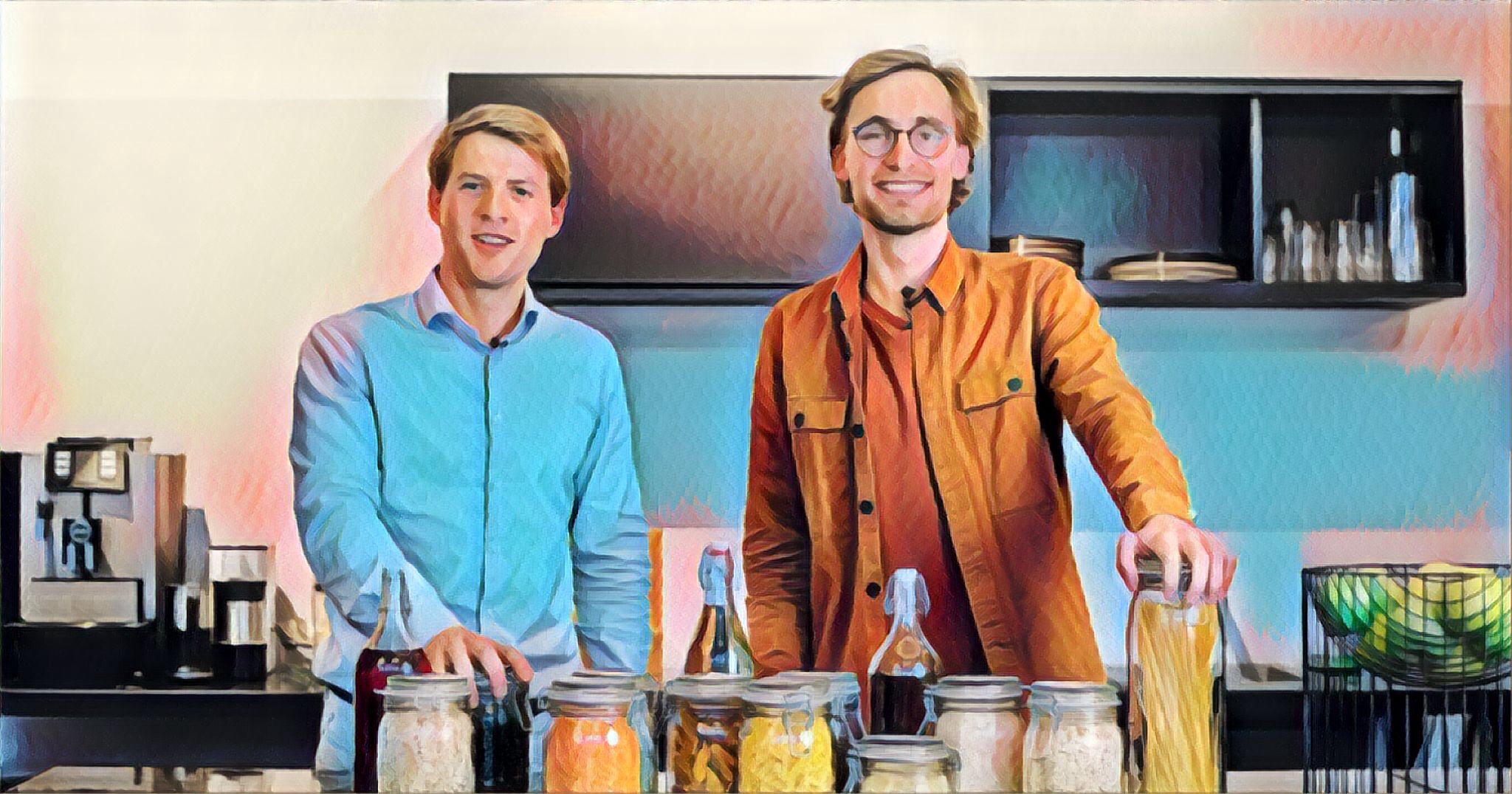