We decided to say f*ck it and give ourselves one year to make it happen.

Joran is one of the few who lives and breathes entrepreneurship. He is the definition of a young and ambitious entrepreneur who decides to persist against all odds. Since the very first moment, Joran told us that starting a company is something we all can do, even if we lack experience. It is truly inspiring to talk to someone in their early twenties telling us that it is indeed possible.

Joran is currently the CEO and Co-Founder of Dyme, one of the fastest-growing and most innovative fintech companies in the Netherlands (fun-fact: he also attended the Dutch version of Shark Tank, where he refused an offer of €750,000). Still a student, he founded CycleSwap, known as the Airbnb of bicycles, which he later sold to the American company Spinlister. Joran also worked at Booking.com as a machine learning (ML) researcher and holds a BSc in Economics and MSc in Data Science and AI. Last but not least, he has an excellent sense of humor and did not hold back on entrepreneurial jokes. We especially liked that part.

At Venture Insider, we strive to undress the ups-and-down, the late nights, the early mornings, the failures, and the victories.

This interview has been edited and condensed for clarity. Everything in Italic symbolises the voice of the writer, aka, us at Venture Insider.

Introduce yourself — tell us a little bit about your journey.

I have always wanted to start a company. Already at university, I was thinking about it. That’s where I also met my co-founder David Knap, and we became best friends. At one point, I noticed that there were a lot of bikes in Amsterdam, but very few of them seemed to be actually used. So we thought: why not let people rent these unused bikes?

To be very honest with you, I wasn’t confident we could make it. I thought that I had greater chances to make the project successful if I first worked at a big company and got more experience. But then David said, let’s give it a shot, what do we have to lose? Well said David, and we already love you.

What inspired you to pursue an education into the world of Data Science and AI?

I studied Economics at University College Amsterdam, but I had the chance to enrol in a bunch of computer sciences classes. My interest in this field grew even more when we started building CycleSwap. I could finally apply what I was learning at University!

I wanted to create a tech company, and I knew that programming classes would allow me to become a better founder.

If you want to build a tech company, you must understand on a high-level what is happening behind the scenes.

How was it to be a student founder?

It was backbreaking work, and I gave up a lot of things to make it happen. My study program was also relatively heavy, and on the weekends, most of the students were partying and enjoying their lives, but I had to work. For example, I did an exchange in South Africa, and at that time, we received a lot of media attention, with three different newspapers wanting to interview us. I vividly remember calling one journalist with an awful connection, while everyone was going to the beach. What I bummer, I thought. But of course, you learn so much, so it was worth the struggle.

If you want to have a chill student time, please do not become a founder.

Here is our number one mistake, we spent a year creating the most incredible looking renting platform, and completely forgot to test it first, or gather any feedback. Unsurprisingly, once we launched the platform, it did not work, but we learned a ton from this experience. We worked on CycleSwap for three years, before selling the company.

Explain the process of being acquired by another company, how was it like to move on?

We had to think about it for a very long time, and it was a difficult decision to make. But as soon as we decided, we all felt relaxed. After working so hard for three years, we thought we could let all the stress go away, and enjoy the freedom.

The usual metaphor is that your start-up is your baby, which makes it challenging to make a rational decision when it comes to selling. In my personal view, a company in itself is a learning experience, and once you have captured all the lessons and achieved your goals, it is time to move on.

How did you keep your entrepreneurial spirit while working at Booking.com as a Machine Learning Researcher?

Working at a big company was very different. I’ve always been in charge of the strategy and mission of every project, and I felt out-of-spot at an entry-level position where people told me what to do. I don’t think I fit into the corporate world, but on the bright side, I had a full-weekend to dedicate myself to my own projects, which led to the idea of Dyme.

How did you come up with the idea behind Dyme?

We had a lot of ideas… I remember, Wouter, my co-founder checking his bank account, noticing that his gym-membership had deducted the monthly amount even though he didn’t want to be subscribed anymore. We understood that maybe we could help people cancel subscriptions and track/automate their financial lives. That is how Dyme was born.

More than the idea, it is important to stress that the founding team behind Dyme was the same as the one behind CycleSwap, which made everything easier.

How did the founding team stay together during all these years?

It was hard, mainly after we sold CycleSwap. We had worked together for three years, and some were thinking of doing something else. At one point, I was even about to start another master’s degree in China.

Additionally, this might sound a bit cliché, but after reading the biography of Elon Musk, it blew my mind how much Elon was giving up to make his dreams a reality. Why shouldn’t my team and I do the same for our dreams?

I wanted to give starting a company another shot. I could always go back to school or get a corporate job. Together, we decided to commit fully for a year, and take it from there. You guys can be proud of that decision.

Overall, we learned a lot from our other experiences and implemented many of the lessons into Dyme, which helped us speed up the learning curve.

Explain the process of getting funded from leading VCs; what did you learn from that experience?

Our first investment was the most exciting one, and it felt almost unreal knowing someone would transfer €25,000 to our bank account. Back then, it felt like a ridiculous sum of money. Interestingly, we now spent that amount on monthly marketing expenses alone. During our next round, we raised €600,000, which again felt like a lot of money.

In the beginning, raising money is very exciting and challenging, but after a while, once your company formalizes itself, it becomes less exciting but more accessible.

The first fundraising is always the most challenging one, since the uncertainty is greater, and you always wonder why investors would want to give you money in the first place.

What truly motivates you daily? What makes you wake up every morning?

I want to build something that makes peoples’ lives easier. Seeing the company grow is also highly motivating to me.

Where in the world will we see Joran in five years, and what will he do?

I want to have grown Dyme into a big company with at least 250 employees.

If you could change one thing about your journey, what would it be?

I would have focused on revenues from the very beginning. I think this whole Silicon Valley story of growing fast and thinking about revenues later, is not the most sustainable mindset to have. I believe it is crucial to create products people are willing to pay for.

We began thinking about this aspect too late into our entrepreneurial journey. It is evident that investors will be interested in your company if you create something which makes more money than it spends. I think that should be the long-run goal of every founder.

What is the greatest challenge you have faced so far?

Work-wise, our biggest challenge was to get a license from the Dutch Central Bank. We underestimated how much work we had to do, and it took us a year and 200+ hours of legal advice from top lawyers to get that. In short, it was a lot of night typing, as we had to write 300+ pages for the application.

Personally, the biggest one is self-doubt. As a founder, you need to deliver outsized results in a short time, and I’ve found myself in situations where I was not sure whether I would be able to deliver.

Finding a balance between having a calm state of mind and working non-stop is vital. At times, I felt like years went by only working, and I was missing out on a lot of fun with my friends. I now think it’s important to find a good work-life balance.

What would you do if you were 20 years old?

I would spend all my time and energy building something. Every time I interview someone, I ask whether the person has built something. I think being in charge of a project provides you with a 360 degrees perspective on how things work, and will prepare you for every position. It doesn’t have to be a tech-project, build anything.

How will AI transform the world?

I can speak only in terms of personal finance. I think that, in this space, there will be a more predictive capacity for AI, meaning it will be able to predict how your finances are going to evolve and give you advice based on that.

Currently, at Dyme, we use AI to illustrate how the customer is spending money, but the next step is using machine learning algorithms to determine what our users should be doing.

I don’t have a “Gandhi” inspiring person I follow. I prefer to learn something from everyone.

Monetising Innovation by Madhavan Ramanujam. Please read this book before starting a company. It will instantly put you in the right mindset on how to deliver significant value, create innovation that matters, and get users that are willing to pay for your product.

The Billion-Dollar Question: How to succeed as an entrepreneur?

This feels a bit like Nike’s slogan, but just get started doing something. A lot of people get caught, asking too many questions, and being perfectionists. They try to figure out everything before they start. I think what helps is to begin assembling a team, and start building that first product, launch it, and then take it from there, instead of overthinking everything. Amen, Joran, you said it there.

Most people who want to start a company, but don’t execute, are stuck in a phase where they try to find the perfect idea. 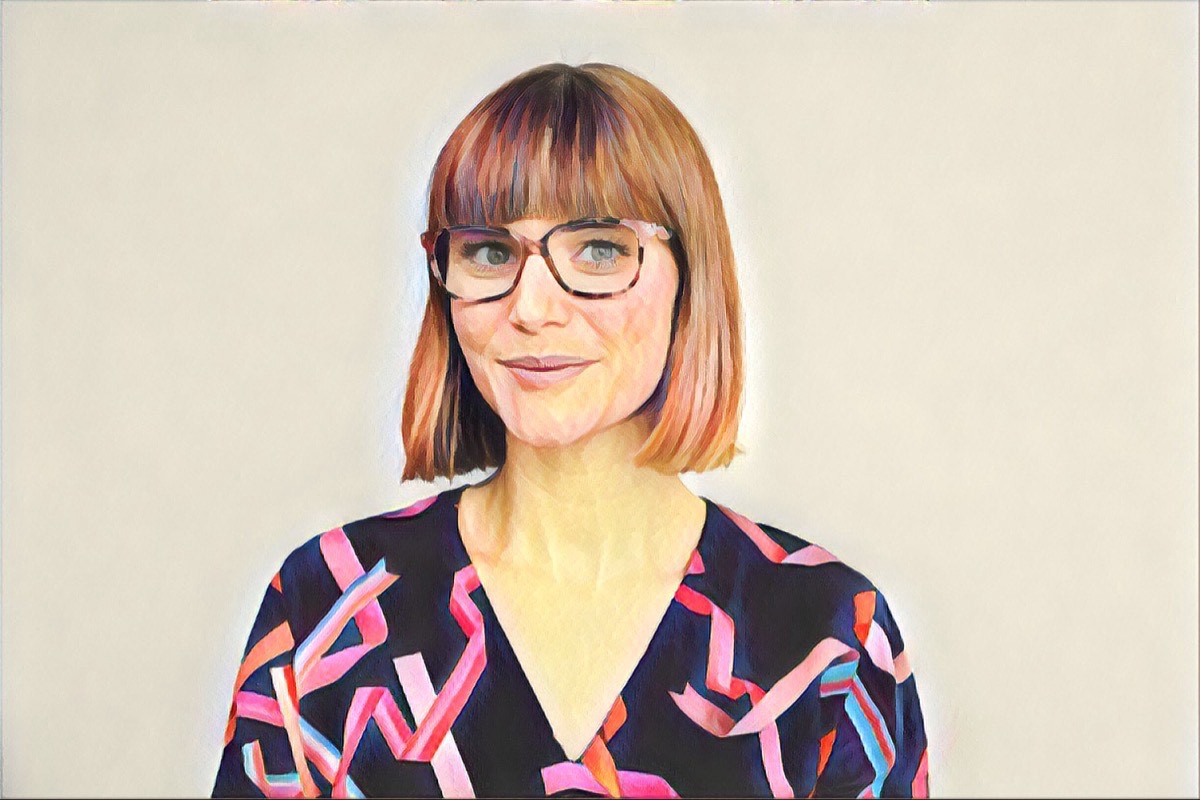 #12 Lisa Enckell: The Woman Who Made The World Her Home 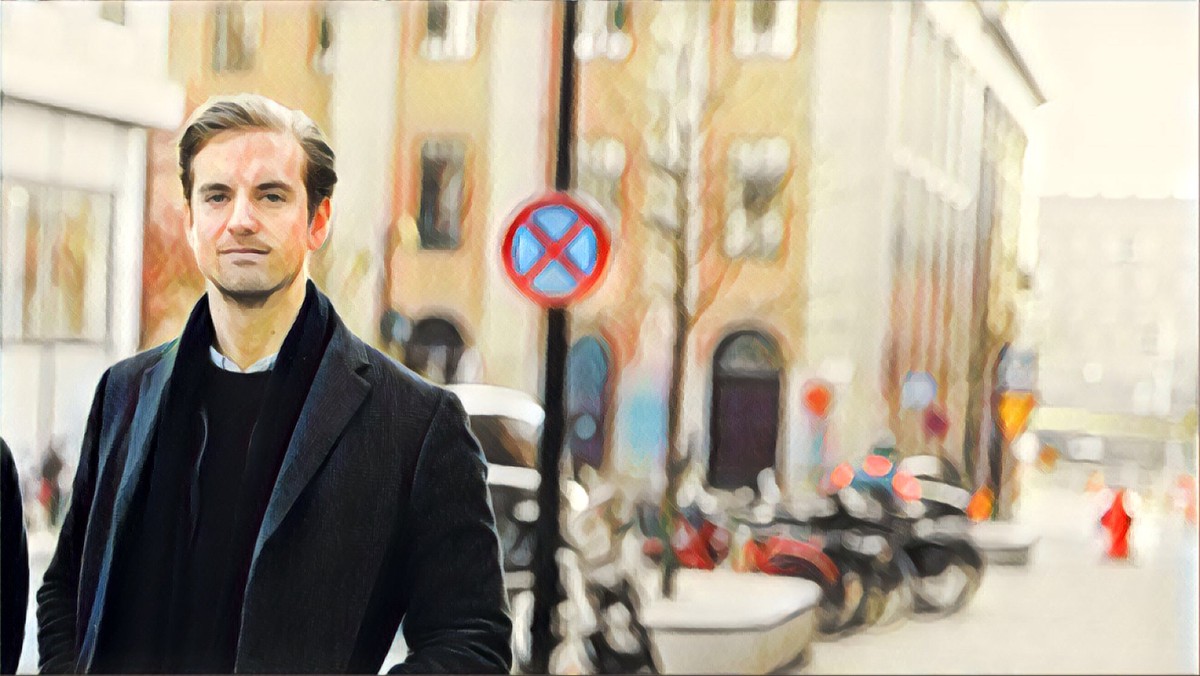 #13 Gustav Lundberg Toresson: How A Random Encounter Redefined the Impossible 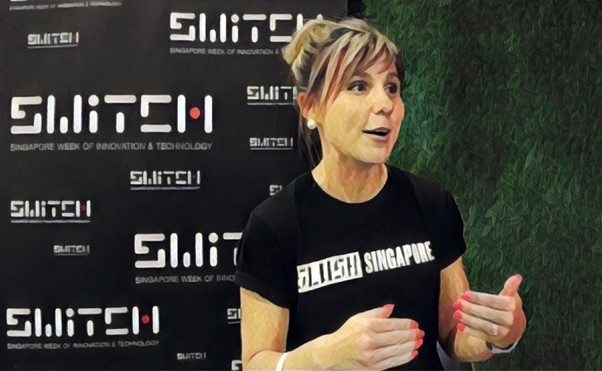